The H. Earl Clack Museum is open from 1 - 5 p.m. Tuesdays through Saturdays. It is located in the west end of the Holiday Village Mall next to the Big R store and features dinosaurs, historic dioramas, old photos and artifacts from the earliest days of Havre to the present time.

Fossils and casts of prehistoric Montana are part of our contribution to the Montana Dinosaur Trail exhibitions across the state featuring the cast of an adult Lambeosaurus skull as well as a touchable leg bone and a cast of its eggs found here in Hill County. In addition we have "Melvin", the full skeleton casting of an infant Maiasura, and this summer will become the home of "Stygi", one of only two skull casts in Montana of a rare Stygamolach. A variety of other bones, teeth and class also delight both amatuer and professional palentologists of all ages.

Moving ahead on the historic timeline, we have numerous articles from the Native American peoples of the region dating back from 2,000 years ago to the present. Arrow heads and spear points recovered from the ancient Wahkpa Chu'gn Bison Jump as well as moccasins, beadwork, a headdress, traditional games, and even a modern Cree language Bible are just a few of the items in the Native American exhibit on display at the H.Earl Clack museum

Beginning with a diorama by world famous Montana artist, Bob Scriver portraying Chief Jospeh's surrender at the Battle of the Bear Paws, the museum offers a tour of local history from the foundation of Fort Assiniboine and the famous 10th [black] Cavalry, known as "The Buffalo Soldiers" to the modern day.  One can see  an old military bunk, historic uniforms, and other artifacts and photos from the Fort.  More dioramas display life in early Havre including the first homesteaders, cattle round ups, and the 1917 Great Northern Montana Stampede featuring figures of well known locals in the grandstand as well as Havre's "gentle outlaw", Long George Francis and the world champion woman bronc rider, Marie, "Bucksin Mary" Gibson in action.

A tour through Lou Lucke's store displays goods from the past including clothing, an eyeglass salesman's  case, and some of the earliest cameras ever used in the region. There is even a photo of one of Lou Lucke's customers, comedian Jack Benny who used to come through Havre as he took the train between California and New York. Displays by local artists, past and present, are also to be found as well as old and new photographs from the Hi-Line.

A well stocked gift shop is also available for budding geolgists,palentologists, history buffs and art collectors.  It is well worth the visit and we invite yopu to come see for yourself what makes this unique part of Montana and the world so special. 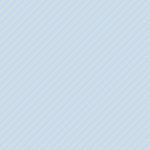